An exceptional vineyard and notable wine optimize the expertise and commitment of Lazy River Vineyard’s business and family partners. Together they are responsible stewards of the land, its fruit and the vinification of the grapes.

NED LUMPKIN
For Ned Lumpkin the switch from commercial construction to the wine business utilized similar skills, accurate cost analysis, comfort with risk and a commitment to quality. He was president of Lumpkin Construction for 30 years, completing a body of work throughout the State of Washington ranging from high tech to commercial to academic. In 2000 he “retired” to begin Lazy River Vineyard. For many years he sailed competitively. Currently, he participates in the master’s ski racing program in Sun Valley, ID. He is a graduate in economics from the University of Washington. His goal is to produce the best wine grapes in Oregon. 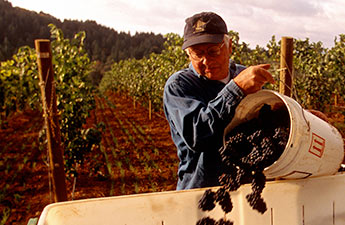 KIRSTEN LUMPKIN
By profession Kirsten Lumpkin is a writer, a skill used for Lazy River Vineyard’s web materials and brochures. A long time supporter of education, she has been on the boards of primary and secondary schools and currently sits on the College Board for the College of Arts and Sciences at the University of Washington. She also managed commercial real estate. Her goal is to bring outstanding wines to the public. A descendent of Oregon homesteaders, she wryly notes that her family has been farming in Oregon off and on since 1885. 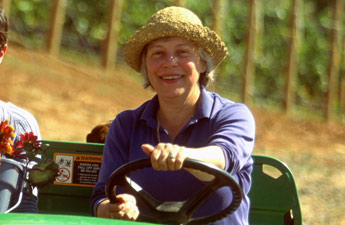 Lazy River’s vineyard manager Advanced Vineyard Systems now has 15 years of experience with our vines, our soils, changing weather and the vagaries of our particular site. Sophisticated, continuing students of agriculture and winemaking, we are lucky to have Buddy Beck and Angel Martinez constantly in touch with our operation. Candidly, top notch vineyard management goes a very long way to quality of wine in the bottle.

WALLACE “BUDDY” BECK
Buddy Beck’s expertise runs deep. He designed Lazy River’s vineyard, matching soil depth and exposures to appropriate clones and rootstocks. He educates owners. He is at heart a farmer in tune with the land. Buddy is a graduate of Southwest Texas State in Plant and Soil Science and of Oregon State University where he earned a Master’s Degree of Agriculture in Horticulture in 1987. Prior to establishing his company Advanced Vineyard Systems he was vineyard manager at Domaine Droughin Oregon. 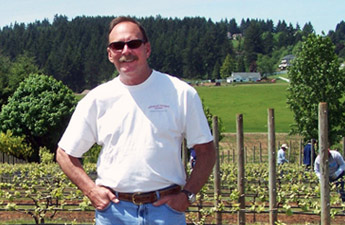 ANGEL MARTINEZ
Angel Martinez, an accountant in Mexico, came to Oregon and set out to learn the wine business. He did. In his early years working at AVS, Angel became an expert on irrigation systems and the layout and planting of vineyards. He studied wine related topics at Chemeketa Community College. Now General Manager and part owner of AVS, Angel’s breadth of expertise extends to economics of the wine business and complete vineyard management. His historic knowledge of what is underground from roots, to water lines, to electrics is constantly used. 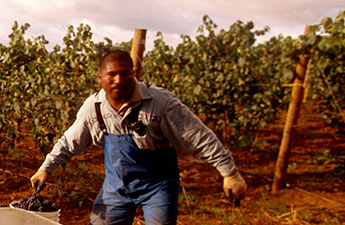 ISABELLE MEUNIER
Isabelle Meunier. Not only does a winemaker need a huge background in science, she also needs superior taste buds, a heightened and discerning sense of smell and an understanding of her vineyards. Add to this such pragmatic and complex techniques as how to prune the vines and when to pick. It is just the beginning of an encyclopedic body of knowledge. Isabelle has it all, plus amazing scores for the wines she has produced. A native of Quebec, her wine education is international—Dijon University in Burgundy and Lincoln University in New Zealand as well as winemaking in Upstate New York, California and Oregon. She’s launched her own label Lavinea Wines. 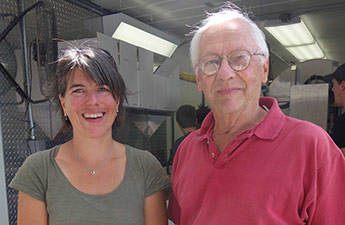 We were seated at the picnic table in the crew shed one winter day in 2001 eating home-made bean soup and drinking wine out of water glasses. The fire in the Jotel stove gave steady heat. It was raining. We were entertaining a visitor and fine winemaker, Eric Hamacher. As we talked, the outline of a business took form. Eric needed a winery; we needed a winemaker. Ned was a contractor with grapes; Eric was a winemaker seeking expertise in construction. In their 2000 session the Oregon State Legislature passed a landmark bill allowing individual wineries to share a facility. Until then, many winemakers were vagabonds, moving from one winery to another as space allowed. The Studio facility meant Eric and other winemakers could have a home with state of the art equipment designed especially to be shared by a number of small wineries, a base for a year or for ten. As far as we knew it would be the first such facility in the United States. He strongly felt other winemakers would be interested. We became partners-Eric, his wife Luisa Ponzi, Ned and I. The project began.

After visiting property throughout the Willamette Valley, land was purchased on the north side of Carlton, Oregon, a small town with a center square, turn of the last century brick buildings, a river front park and several other wineries located in town and the surrounding countryside. Wishing to use the environment wisely, we worked with consultant Scott Lewis to understand and adopt LEED specifications, in anticipation of silver certification. In order to accommodate multiple winemakers at harvest, our facility required very efficient production equipment and flexible barrel storage. Joe Chauncey of Boxwood did the formal design based on Eric’s concepts of the necessary ebb and flow, which Ned had blocked out guided by the slope of the site. Wine made here would gravity flow. It would be made in small fermenters. It would be handcrafted.

The Carlton Winemakers Studio opened in the fall of 2002 with seven wineries in residence. In it were seven barrels of Lazy River Vineyard Pinot Noir. And yes, it is supple, delicate, and distinctive. 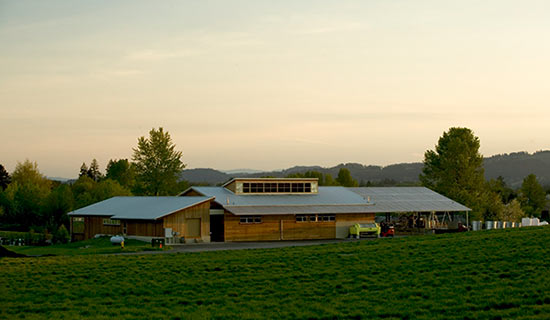 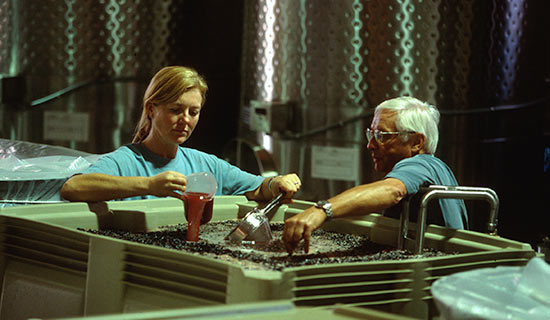