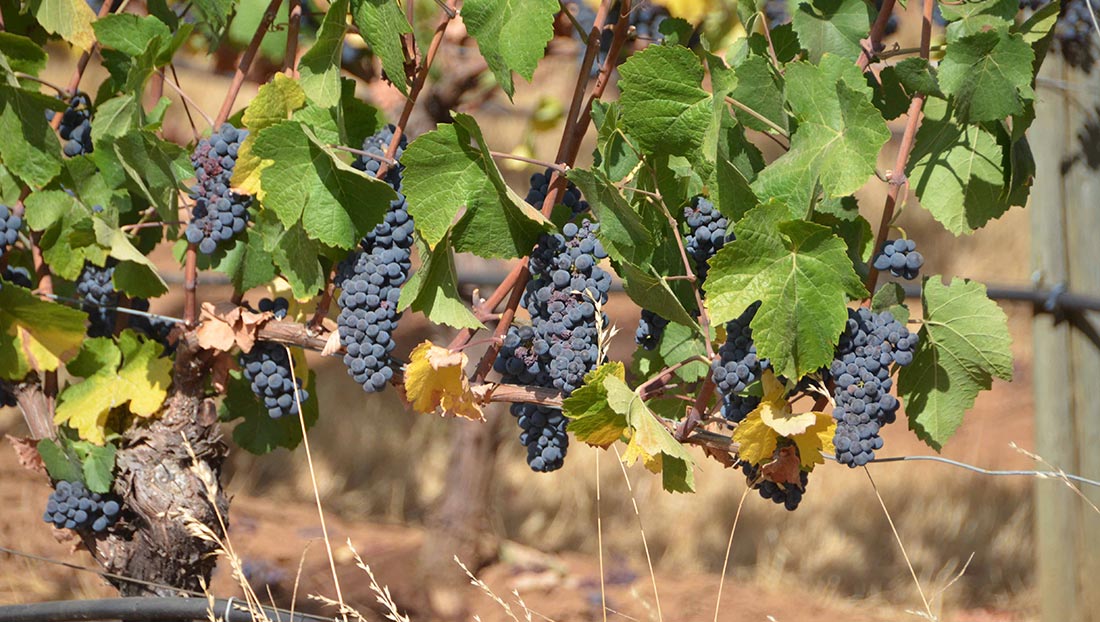 18 Jan Beginnings of the Vineyard

Posted at 23:23h in Uncategorized by Brian Richardson
Share

Falling in love with a site is not the way to choose your vineyard. Ned and I both knew that. Our real estate agent and friend Emily Gladhart carefully showed us other properties, but Lazy River seduced us. It was more than a vineyard site. The land had a large farm pond, barn, granary, stream, meadows, lots of Oregon white oak and a south facing slope that revealed views of neighboring farms and the Coast Mountains to the west. Even in Oregon’s cool November weather the hill retained the sun’s warmth.

We made an offer contingent on soil analysis and getting the opinion of an expert. Amazingly, consultant Steve Price and soils engineer Andy Gallagher could meet us the next day. Emily contacted our neighbor Howard Hunt, owner of a small back-hoe, to come and dig pits across the top of our future vineyard. As the parade moved across the hill, a neighbor and now friend Streeter Roy joined us in his pick-up, curious about what was happening. Those cows grazing in the pasture below were his, as was the 1953 Chevy truck parked near the farm gate with its faded sign “Lazy River Ranch” painted on the door.

We were quite an operation that late fall day moving deliberately across the top, choosing this or that spot for our next hole. Howard dug, Andy jumped in, moistened the earth in his mouth, compared soil color to samples in his book, then clambered out. Poking his nose down every hole was Blaze, our chocolate lab. The first hole proved sixty inches deep of Jory, prime grape growing soil in the Willamette. We smiled and laughed with excitement, anticipating that all would be Jory. It wasn’t. However, our south facing section of Mt. Richmond was wonderful grape soil, mostly Jory, some Yamhill and some Stony Ground.

In the spring of 2000, Wallace “Buddy” Beck of Advanced Vineyard Systems and his manager Angel Martinez took possession of the hill and went to work. Bill Lasslett brought in heavy equipment to move out the ubiquitous Scotch Broom and Himalayan blackberries, plant immigrants and scourges of Oregon farm land. As it was revealed, the natural slope of the land felt destined to nurture grape vines. Slowly and steadily the vineyard took shape, the first eleven acres-Blaze O’s Run, seven clones, five root stocks, enough variation in slope, soil and plants to create a rich, supple Pinot Noir. Well, that is what we planned and hoped.

Coastal Oregon’s reputation for rain is valid in the late fall and winter months. However, in summer and early fall drought is often the normal condition. We needed to irrigate, so two more experts were engaged. Hydrologist Malia Kupalis and for added insurance, Hal Tambling, who has witched wells in the Willamette Valley for many years. Malia studied the land’s sub terranean geology and chose three potential well sites. They were checked out by Hal, who furnished Ned and me with our own dowsing rods. We three concentrated, asking the water spirits for the guidance. Hal queried, how much water did we want, 50 gallons a minute? He asked again. Number one quality? How deep did we think we’d drill? As we walked to site three, the rods moved energetically. Hal told us we would have 44 gallons a minute, drill 430 feet deep and have number one quality water the best on a scale of one to ten. He was off slightly; the water quality was number two. Our stripling plants surrounded by the opaque plastic grow tubes would have drip irrigation.

Plants, posts, irrigation, finally, our hill definitely had the look of a vineyard. That fall the Famille Neuville block was planted, again Pinot Noir.

The rest of our Oregon story is a whirlwind, so much accomplished, additional acres in Pinot Noir with one in Pinot Gris and two in Riesling. An equipment shed, crew house and patio on top were the first structures. The turkey granary was moved over a future barrel storage room and remodeled to be an office for the vineyard. A second equipment shed took form across from the farm pond. Streeter Roy’s calves wintered in the old barn and pastured a few miles away in the summer. Yet a valued part of Lazy River, he cuts the hay in our meadows for animal feed; we use the manure for compost.