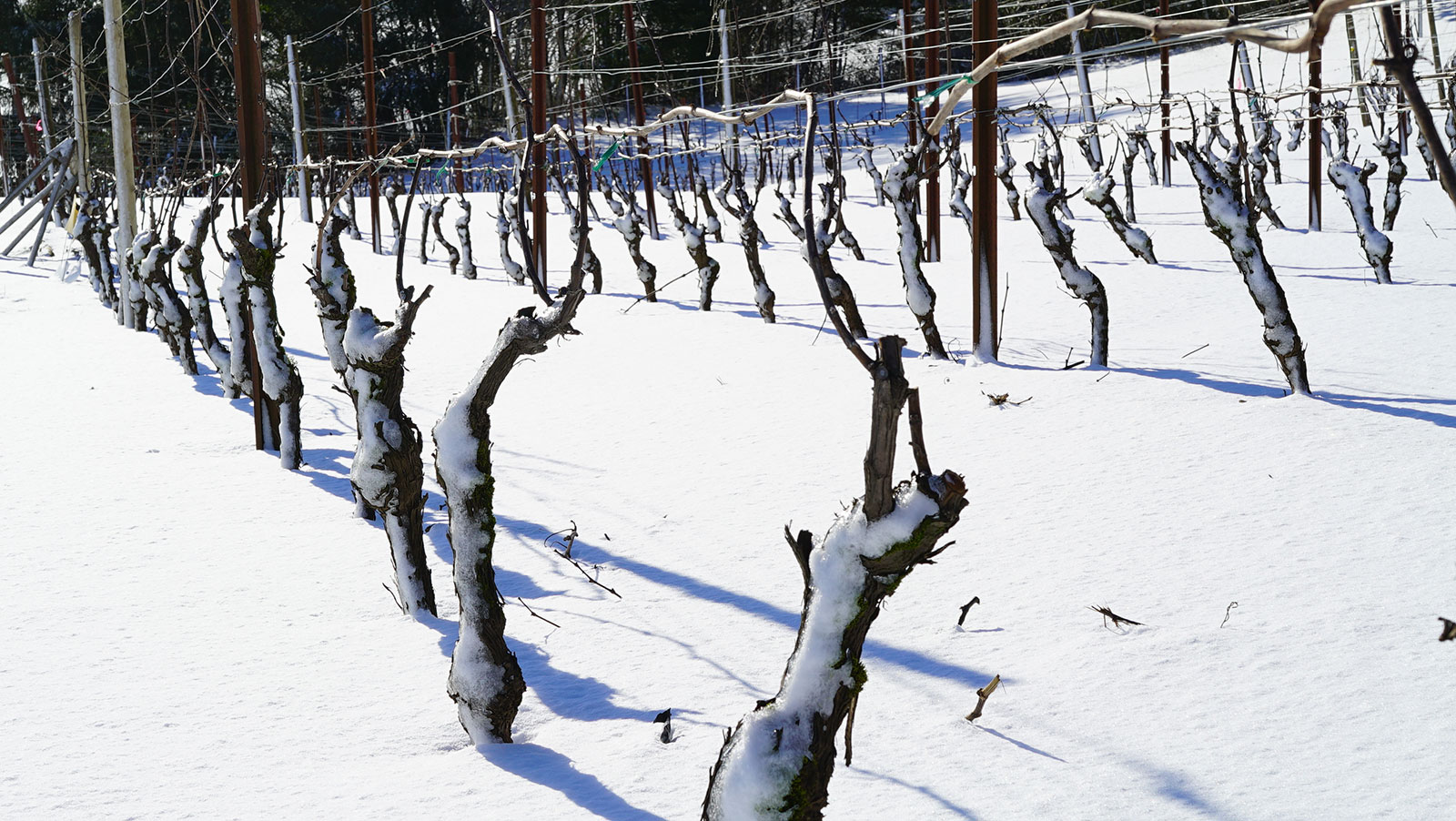 13 Apr A Look at Winter in the Vineyard

Posted at 15:05h in Annual Letters by Brian Richardson
Share

We missed this January’s big snow at Lazy River, more than a foot that lasted more than a week. However, on February 24th, we awakened to a light snowfall and an inch or so on the ground. Pure magic. Our day’s plan was a pruning lesson in our small orchard. Our instructor, Buddy Beck, is newly retired from his role as president of Advanced Vineyard Systems, managers of Lazy River since they planted the first 11 acres in the spring of 2000. As a young man just starting out in the wine business, Buddy supported himself during the slack winter months by pruning home orchards. This day he had three pupils– Zak Laster, site manager, Ismael Lopez Flores, groundskeeper and me. We listened and took a few cuts ourselves. Buddy wore a back pack, which carried a large battery to power his electric pruners. Usually the outfit includes wire mesh gloves to prevent accidental nail trimming. Always a man with a sense of humor, Buddy showed us the tip of his pointer finger where the glove was torn. It was at that moment that I realized this electric device would not be for me.

Late February brings dramatic weather. We noticed our purple crocuses blooming through the snow, an image of the conflict between spring’s appearance and winter’s effort to not let go. Other buds swell. On the fruit trees, the round buds will bear the apples, plums, cherries, and the pointed buds become leaves. The vineyard itself is a bit further behind. Workers prune the grape vines and tie the cordons along the fruiting wire.

This winter’s rain had another effect. The creek’s surges were so powerful that the center of our old bridge washed away. This event was not a big surprise. Over time chunks of black top and concrete would wash downstream, narrowing the roadway. This old bridge ran over a culvert too small for the volume of water. The surges ran over the top of the bridge. We’ve called our expert Bill Laslett, heavy equipment man of considerable skill. He’ll advise about the next step for replacing the bridge.

It takes many folks to keep our place running. Our neighbor and friend Daryl Reibold, manages the fields, cutting and bailing mostly native grass for sale to nearby farmers. Bud Weaver, Washington County’s wildlife expert, scours our place for varmints, for instance the nutria who drill through the wall of our farm pond. In return he hunts at Lazy River with his son and grandson. Brock Belt, another neighbor and skilled logger, cleans up fallen trees, which he bucks up and sells as firewood.

Those who visit us, and please do, will see the park-like entrance to our property. In its previous iteration, the noxious Himalayan blackberries and Scotch broom covered the ground surrounding our house. Full credit for this goes to Ismael Lopez Flores, a weekend worker, whose natural gardening talents, continually surprise and delight us.

An important addition to our landscape is a gazebo, Kirsten’s Folly, a labor of the construction crew, Three Monkeys and a Geezer. Ned is the Geezer and the Monkeys who clambered over the cross beams with their hammers at the ready are three of our grandsons, Walter Lumpkin and the Fowler boys, Will and Nick. The Folly, inspired by one in Nara, Japan, is constructed of leftover vineyard posts and feral cherry tree trunks.

The vineyard’s vitality no matter the time of year intrigues and holds tight our interest and pride. We look forward to seeing you soon. 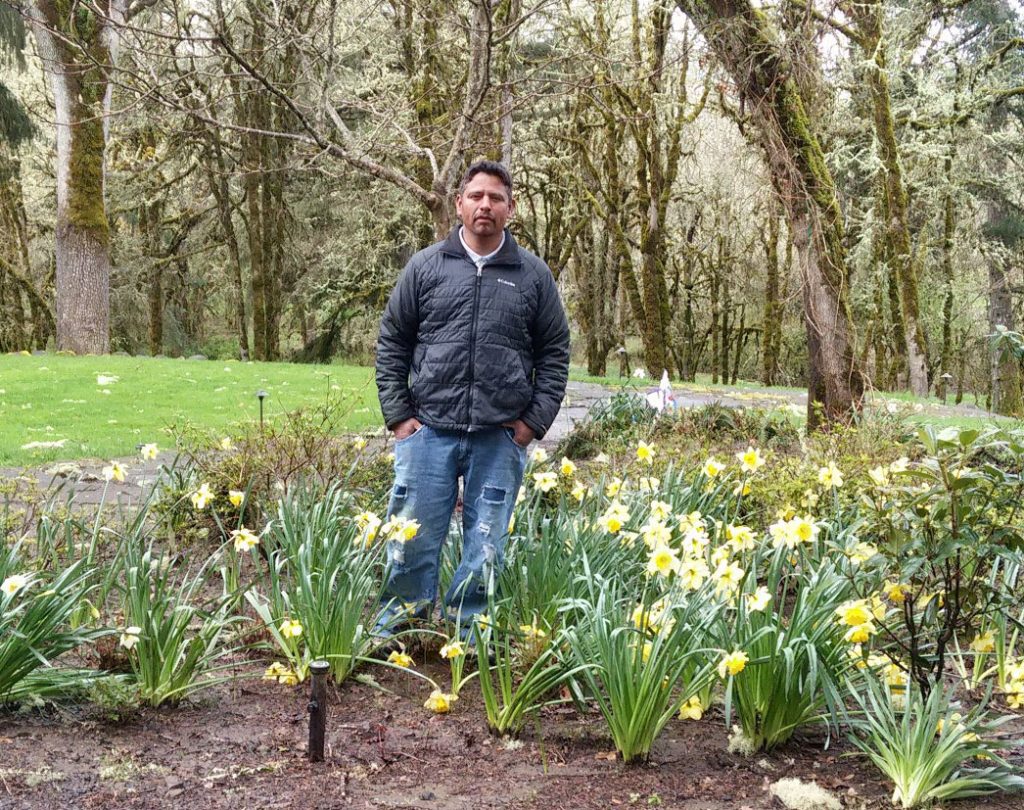